You may find the following links and resources useful:

'There are 17 churches in the Association the majority of which are among the Christian Arab population in the North of Israel.  There are around 3,000 people in the community of Baptists which forms just 2% of the total Christian population in Israel.  Christians in general are also a minority; the 140,000 Christians amount to only 2% of Israel’s total population.  The ABCI was established in 1965 when three area churches: Nazareth Baptist, Jerusalem Baptist and Baptist Village joined forces to promote each individual church's effort through mutual cooperation and fellowship.   ABCI is a member of the European Baptist Federation and the Baptist World Alliance, which is a fellowship of Baptists with a world-wide community of 100 million people to date.   The vision of the ABCI is to reach the world with the message of Christ and to proclaim this message by showing love to all people.

Nazareth Evangelical College trains leaders, men and women, to follow Christ faithfully and to be equipped and qualified for serving the church in the Holy Land enabling it to have a powerful influence on society according to God’s purposes.

Musalaha is a Christian organization dedicated to bringing Israelis and Palestinians together and building relationships that lead to reconciliation. Palestinians and Israelis must build relationships in order to fight the hatred and dehumanization between their cultures.  Musalaha fulfills this vision through many different projects: women's seminars, youth desert encounters, families/leaders conferences, and other activities undertaken to break down walls of hostility, demonstrating that in Jesus Christ reconciliation is truly possible.

Nazareth Baptist School
The Association of Baptist Churches in Israel is affiliated with the Nazareth Baptist School, a Kindergarten to Grade 12 Evangelical school registered in the Israeli ministry of Education and supported by a non-profit organization, Friends of Nazareth. It is rated as one of the top 5 schools by the Israeli Ministry of Education and is attended by both Christians and Muslims.

Nazareth Village  (1st century village reconstruction)
A first-century farm and village presenting the life, times and teachings of Jesus of Nazareth for all the world.

Other resources:  (these are suggested as valuable, interesting and relevant resources, but they express the author's views, and do not necessarily reflect the views of Baptist Twinning in Israel.) 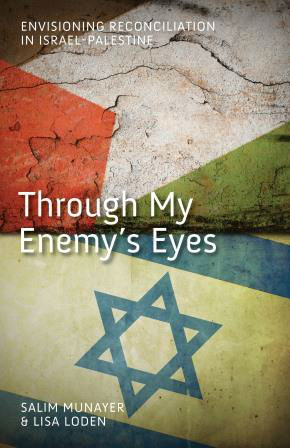 'Through My Enemy's Eyes: Envisioning Reconciliation in Israel and Palestine', by Salim J Munayer and Lisa Loden (2014).  [Amazon link] 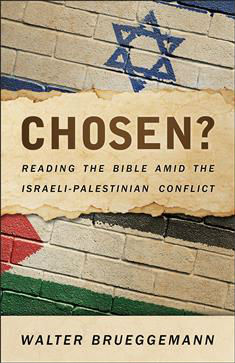 'Chosen? Reading the Bible amid the Israeli-Palestinian Conflict', by Walter Brueggemann (2015).  [Amazon link]
A short book (71 pages, plus study/discussion guide), from a very well respected scholar and writer.  He explores some of the challenges and tensions how the Bible has been used, and can be applied, to seek a way forward in the present conflict.  He highlights how we cannot extract or remove our interpretation of the Bible from present-day reality. That reality in the Middle East includes: tension, violence, land-grabs, broken promises, claims to the land, injustice, largely ignored perpetual human rights abuses of the Palestinians, and the massive military-financial strength of Israel.  Yet theology and texts have been misused as foundation for ideology  - which theology equips us to critique. He calls for a more sensitive reading - that the OT texts speak with multiple voices, such as  the land is 'given' to Israel unconditionally, but it is 'held' by Israel conditionally; how the stranger is shown inclusion and grace rather than exclusion and hostility; how being 'chosen' is never removed from a call to godly obedience  - in justice and holiness. Very readable and helpful, although brief. 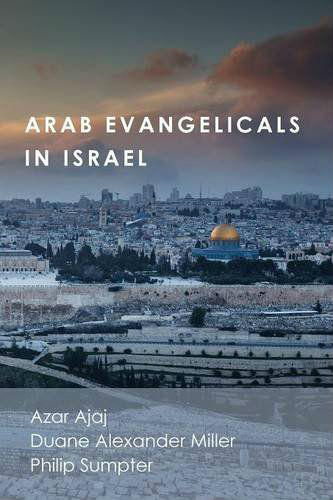 'Arab Evangelicals in Israel', by Azar Ajaj, Duane Alexander Miller, and Philip Sumpter (2016).  [Amazon link]
This new book provides an excellent introduction to the history, challenges, and hopes of contemporary evangelical Arab Christians in Israel, amongst whom Baptists are the largest group.  Beginning with an overview of Arab Christianity in the Holy Land the following chapters explore different aspects of the evangelical Arab experience, the founding of the Convention of Evangelical Churches in Israel, the  establishment of Nazareth Evangelical College for training church leaders, the self-understanding of Arab Baptists in terms of their identity and relation to other groups in Israel,  an Arab perspective on the relationship between Arab Evangelicals and Messianic Jews, and the struggles, hopes and fears of another “evangelical” community usually hidden from view - Muslim converts to Christianity. Highly recommended.
David Ronco's book review is available here.

Blog articles:
'What is it like to be a Christian in the Middle East', by Rev. Azar Ajaj, President of Nazareth Evangelical College